Some of the best and most meaningful traditions are those that are passed down, with love and dedication, from generation to generation. Such is the story of the Courtright families culinary tradition. It began, an Italian immigrant opened Casto’s Buffet at 89th and Loomis in the township of Brainerd with his children Frank, Tony, Sam, Sally, Mary, Grace, and Ann.

After many years of hard work whilst honing her skills, Sally was able to convince her husband Kenneth Courtright, seventh-generation Indiana Hoosier, to take a leap of faith and leave his profession as a Chicago pipefitter to open their own restaurant. In 1956, they opened their first of four family restaurants, KEN’S at 10630 Western Avenue in Beverly, Illinois. The days were long and the sacrifices many, but under Sally’s careful watch in the tiny kitchen and Ken’s attention to the pub-like restaurant it became a haven for it’s earthy Irish clientele. Ten years later, eager to expand their vision, Ken and Sally moved into a larger space at 10522 S. Western Avenue, positioning son Bill in the kitchen. Thrilled with the bigger kitchen, Sally immediately began working her culinary charms on the community. Determined to both delight and educate her patrons she faithfully served up the traditional foods, but also introduces them to the wonderful southern Italian cooking she had learned as a child. The combination of food and affection was powerful. Three years later, eldest son Ken Jr. joined the family business after serving with the Marines in Vietnam. Like his parents, he too found his calling as a restaurateur. Today, KEN’S is still thriving, offering Sally’s signature dishes and warm hospitality. We can credit his nephew, Jack Casto and Cathy Szul, for their dedicated talents for 30 years in keeping the family credo. 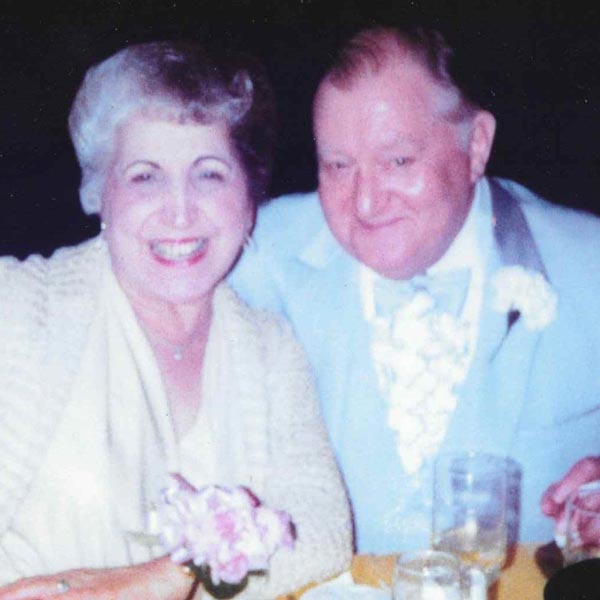 As Ken and Sally’s business grew, so did their four children, who worked alongside their parents, ensuring the restaurants success. The family legacy had begun! In 1975, Ken and Sally spread their culinary pleasure by opening Ken’s Guesthouse, 9848 Southwest Highway in Oak Lawn, an upscale version of the original KEN’S. Ken Jr. stepped into his fathers shoes as manager and operated Ken’s Guesthouse with the same love of feeding people and attention to his diners needs. The restaurant flourished for 27 years under the proprietorship of Ken and wife Diane until Ken’s retirement in 2001.

Meanwhile, Ken and Sally joined forces with lifetime friends, Vic and Dorothy Zaro, to open a third establishment, Ken & Vic’s Summer West, at 10234 S. Western Ave. Their youngest son Carl, who had been working at KEN’S since graduating college, along with his wife Gina, took the helm in managing the Summer West in 1984. Carl, a natural born entrepreneur, and Gina, decided to spread their wings as their family grew. In 2001, they opened Jenny’s Steakhouse, 11041 Menard Ave., Chicago Ridge, delighting south-siders with signature family cuisine and fun hospitality. This highly successful restaurant & banquet facility is today being managed by their son, Todd, who oversees the myriad details of operation.

In 1933, Ken took stock of his life. Pleased with the success of his restaurant and proud of his son’s achievements, he decided it was time to tap the talents of second son, Bill, and daughter-in-law Rebecca. As traveled, ardent students of cuisine and wine they were determined to build on Ken and Sally’s life vocation, designing the fourth family restaurant upon two acres of virginal woodlands at what would become 8989 Archer Ave. in Willow Springs. In 1995, they christened “Courtright’s,” a place of elegance, peace, and beauty embracing the elements of nature, designed in the arts and crafts style, with a 13 ft. gambrel ceiling affording bucolic vistas, with hand-carved fireplaces, painted tiles, and a 25,000 bottle wine cellar. Over the years, their American Fine Dining Restaurant earned them dozens of accolades and awards, most impressively the much coveted and rarely awarded MICHELIN STAR, becoming one of the finest restaurants in the country. After 20 years, at the helm of their beloved eponymous restaurant, Bill & Rebecca decided to retire to the joys of spoiling seven beautiful grandchildren, and devoting time to travel.

In August of 2016, after years of managing restaurants, nephew, Michael Courtright and his wife Jennifer, decided to seize the baton. Incorporating decor and menu changes to Courtright’s, they opened the doors again in December, 2016, as Jen’s Guesthouse. Sixty years after Ken and Sally gave birth to a vision, generation to generation, the Courtright family traditions continue. At the heart of these traditions is a love of serving people, hard work and perseverance, and feeding not only the body, but the soul. We celebrate a new chapter in Ken and Sally Courtright’s Legacy.